The Australian Tax Office (ATO) is probably not the first business that comes to mind when you consider design thinking innovation.

And that was probably a fair assessment 15 years ago, when the organisation struggled trying to build an enterprise content management system. But today, even the ATO is putting itself in its customers’ shoes with design thinking.

To understand how design thinking can help your organisation and your career, all you have to do is look at the ATO’s mistake. Every part of the system that involved human beings was regarded as something that could be added or modified after the core tool was built.

It’s an experience that most of us encounter daily, living in houses that weren’t designed for our needs. So, we have to adapt – both the house and ourselves.

Ten years after that costly misstep, the ATO outlined a strategic blueprint for Reinventing the ATO, which was built on consultation and co-design with clients and staff. As a result, cost savings of between $400 – 600 million were forecast for the first five years of the project.

The rise of design thinking

It’s no longer a process that’s only used by designers. In fact, design thinking is often the precursor to an agile project.

“If you're taking a design thread through, you're making sure that you understand your users, observing their behaviour and using data to analyse scenarios, test and learn,” says Sarah Nally, design thinking expert.

“Then what you end up delivering is going to be more relevant and you can get to market faster.”

With a decade of experience in design thinking, Sarah Nally brought plenty of real-world experience as subject matter expert on the development of RMIT Online’s Master of Business Administration. It’s a far cry from her first study experience with design thinking at the dawn of this nascent problem-solving technique.

“We did that with a Stanford professor and an artist. And we knew at the time, 10 years ago, that this was the future of work. What are the key themes of design thinking?

Nally explains that an easy way to think of design thinking is that it’s what customer experience (CX) used to be. It’s a human-centred problem-solving technique, which simply means solving the customer or end user’s problem.

“When we just went through COVID, we were using design thinking to actually empathise with users to design products and services that were sustaining them for an uncertain future. Not only through the pandemic, but also how we thought they may be coming out of the pandemic as well.”

McKinsey studied 300 publicly listed companies to find out how design was used to give them a competitive edge. The research identified four themes of good design, which are:

What McKinsey found was that companies that performed well on the four themes of good design outperformed industry benchmarks by a factor of two-to-one. Both revenues and returns to shareholders were double that of their competitors.

“They’re researching their users, observing their behaviour, using data and analytics and algorithms to get smart insights and maybe unexpected insights on what people are doing and how they're doing them. They analyse scenarios and they come up with a whole stack of different options to test and learn,” explains Nally.

What these organisations have discovered is that design thinking works best when it is integrated into all business areas.

“The power of design thinking gets unleashed when people on a broader scale, understand it and can use it for everyday experiences rather than just thinking, here's a big problem that we want you to help us solve.”

Like all good business practices, design thinking is most effective when it’s embraced from the top down. Not only is it important for business leadership to use the design thinking process, but it’s essential to support employees and teams in doing the same thing.

While acknowledging that for most business leaders it’s a different way of thinking, Nally sees design thinking as an achievable possibility for all.

“If you think of the old product research, it's really about rebadging some of those old functionalities and thinking about how you reorganize people in a more agile way,” explains Nally.

Here are three organisations who have led the way in design thinking and enjoyed the spoils of their success.

Since its birth in 1998, Google’s approach to business has been a little bit different. Still, it raised eyebrows on its 10th anniversary when it embarked on a radical idea that came from design thinking.

“Google and Proctor and Gamble (P&G) actually did an employee swap in 2008, which was all about encouraging innovation. They took people from one part of a business who were doing design into another to encourage different kinds of thinking.”

Good things happened, as it turns out – after some initial surprises in learning each other’s language.

P&G were flabbergasted when one of the Google team struggled to understand the importance of the colour orange in the brand for Tide washing powder. Google were dumbfounded that P&G had launched a new brand of nappies without enlisting the support of motherhood bloggers to share the news online.

The major outcome of the swap was a new approach to advertising – using Google’s YouTube to encourage consumers to spoof P&G’s TV advertisement for Tide. Consumers could download the sound effects, logo and money-shot of the ad to make their own version.

These user-generated commercials were used by P&G as part of a successful campaign that sold a lot of washing powder.

Mauro Porcini joined Pepsi as their first chief design officer or CDO in 2012. While many organisations regard design as just packaging, Porcini says it’s about understanding customers and creating something with consumers rather than for them.

“I personally like to use the word people, or human beings, rather than 'consumer'. Human-centred design is all about connecting with people, and that will be even more true post-pandemic,” Porcini says.

“We care about people and making them happy, and that’s the focus you need to have.”

Shortly after Porcini joined Pepsi came their first design-led solution to an emerging problem. Fast-food restaurants observed customers bringing their own unsweetened, caffeinated or uniquely flavoured drinks – rather than choosing from the limited options on their Pepsi drink dispenser.

So, Pepsi re-imagined the drink dispenser from the perspective of consumers. The result was Spire – a touchscreen driven machine that encouraged the customer to mix Pepsi’s drinks and eight additional flavours to create their own unique beverage.

What began as a large machine for fast-food chains, was soon downsized for smaller restaurants. Since Pepsi acquired Sodastream in 2018, the technology has been applied to a new home and office-sized product called Sodastream Professional.

For Sarah Nally, it wasn’t long after her design thinking training with a Stanford professor and an artist that she was putting those skills to work at Commonwealth Bank. Netbank, the bank’s online and mobile portal was the subject of rigorous research to improve the customer experience.

“We actually used design thinking to create a lot of NetBank improvements. So, we'd go into real customer's houses and actually watch them do their banking,” recalls Nally.

After empathising with customers in their own environment, the bank developed a customisable home-screen for Netbank. That new feature was tried out by 10,000 customers, with less than one per cent registering any complaints.

Since that initial success, design thinking has been used over and over to continue responding to customer feedback. And it seems to be working. Nally says that design thinking has previously been a niche skill and for that reason, employers pay well. However, it’s a growing area that can improve career prospects in many industries.

“People who are in project and program delivery get instant benefits out of design thinking. It’s definitely for marketers and anyone who's in product. Anyone who has anything to do with agile benefits from design thinking,” Nally says.

Clearly, this is no longer a specialisation for consultants to be brought in when there are complex problems to solve. If your role involves the delivery of processes, services, ideas, products or any other form of deliverable, you’ll get quick wins with design thinking.

Design thinking is also a game-changer for entrepreneurs, start-ups and small business.

“It can be a really powerful toolkit for people who own their own business and maybe have to work in a leaner more iterative way by themselves.”

“They’re not nimble or empathetic or taking time to observe people's behaviour or even able to analyse an engagement survey. So yeah, I can see that there's a huge application for that too.”

However, Nally has a warning for people who see design thinking as just one of many business tools that can be applied like a checklist.

“The people who aren’t good at design thinking are often also those who have a massively fixed mindset. My theory behind it is, if you can unpack and help them have a growth mindset – they're going to thrive. It's less about whether they are an artist, an engineer, a data scientist or a marketer. It's more about the mindset and approach.”

“I’ve seen people from all walks of life really thrive in design thinking and find this tool that lets them think about things in a different way and solve problems. They actually come up with a solution that they couldn't possibly have come up with in the past. So, they surprise themselves,” says Nally.

While the use of design thinking is increasing in organisations of all sizes, perhaps the greatest advantage it delivers is to the individual. For Nally, it’s a skill that she uses in all areas of life, and even teaches to her young children.

“If you can understand and master this process, you can apply it to parenting, product development, marketing, financials and risk. You can take any process, product or thing and make it better because you've actually taken the time to take yourself through a process.”

“I do believe everyone should do it.” 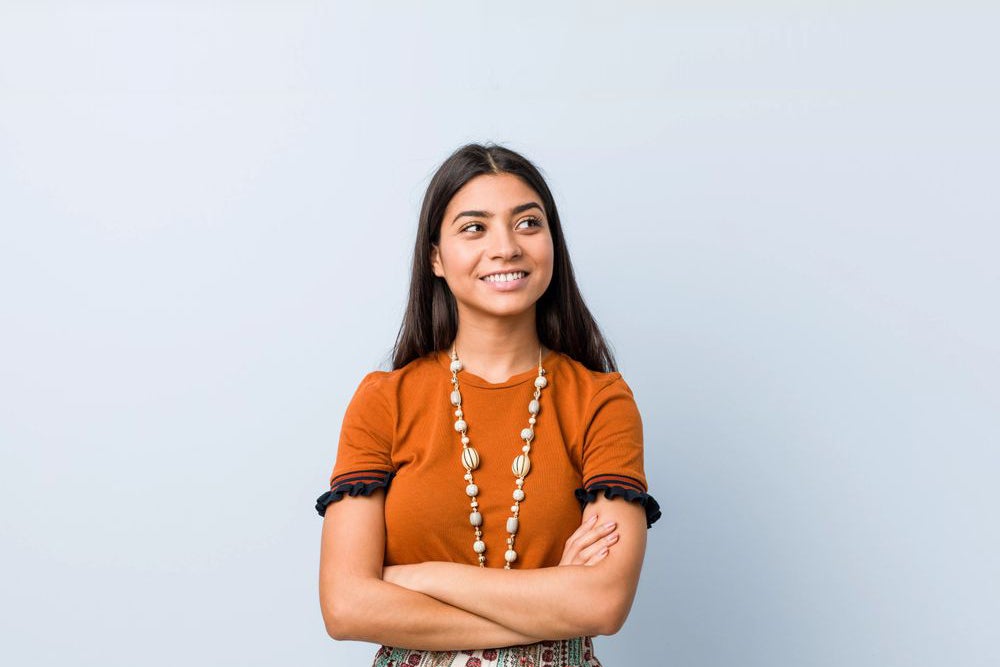 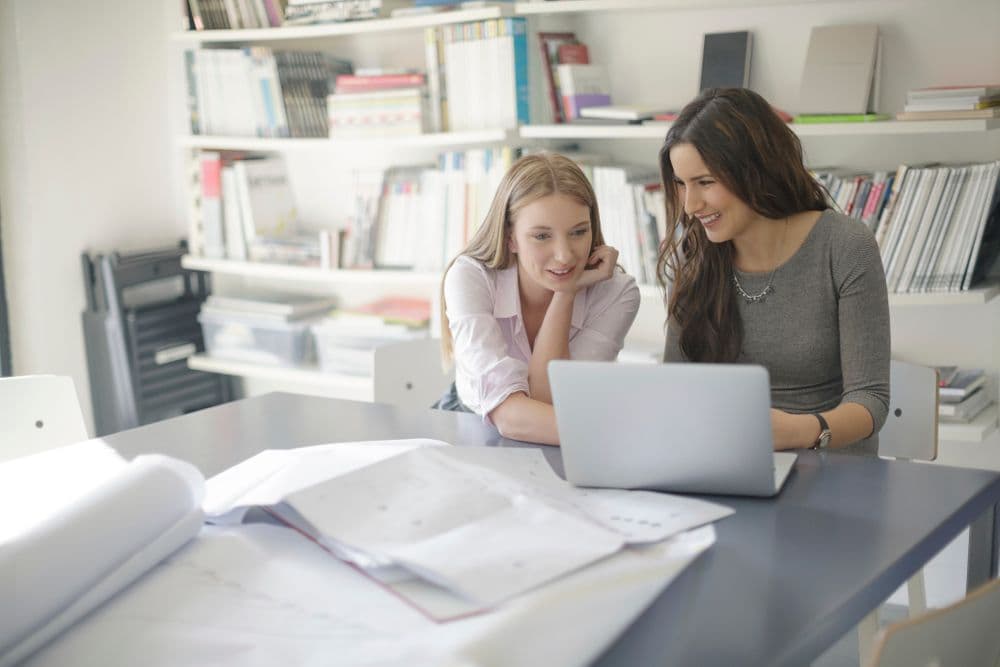