Is the data telling you it’s time to upskill?

Today, analytics is no longer just for analysts. With massive amounts of data being generated at every level of the industry, there’s no doubt that the ability to interpret data is now an essential business skill.

Chances are, even if your role is only tangential to data, your career could be enhanced by adding data skills to your resume.

The real question is which you should study - data science or business analytics?

Where the role of data scientist was once a catch-all job for analysing big data, now a variety of specialist niches exist. At the same time, the role of the business analyst has expanded beyond proficiency in using business intelligence technologies.

As an experienced leader with a proven track record in traditional business decision-making, you may be overwhelmed by the prospect of diving into data science. If you’re a digital native who’s had limited access to the C-suite, you might feel out of your depth with business analytics.

While business analytics and data science both spring from the same well of big data, there are many differences between these two career paths. Which path you choose will depend on the work you want to do, the goals you want to achieve and even the person that you are.

Which is better? To help you make the right choice, here’s a quick rundown on what you need to know before studying business analytics or data science.

When it comes to which came first, business analytics and data science are a bit like the chicken and the egg.

Business analytics was first practised by Adam Smith in 1776 when he broke down the steps involved in the manufacture of a pin. His research showed that with the division of labour a factory could increase the speed of production. Reduced costs and increased profits ensued.

Data science was born in 1962 when John W Tukey published The Future of Data Analysis. The databases and spreadsheets made possible by computers shifted his thinking on statistics. He stopped seeing statistics as a mathematical problem and viewed them anew as a science that could be analysed.

Almost immediately, the information generated by data science was applied in business analytics. As businesses began to analyse data, they identified ways to improve their operations. According to Seek.com job satisfaction for business analysts and data scientists are both fairly equal. However, while the analyst can expect an average salary of $110,000, the scientist is more likely to average $130,000.

Employment opportunities and projections for the five years to May 2024 is where things start to get interesting. Currently there’s about 40 business analyst job vacancies for each data scientist vacancy. It’s a massive gap that’s likely to continue widening.

The Australian Government’s Labour Market Information Portal puts data scientists job growth at 12.9 per cent, while we can expect to see 20.2 per cent more business analyst roles. Unfortunately, neither of those figures take into account any impact caused by COVID-19, so they should be used with caution.

In other research conducted before the pandemic, recruitment agency Robert Walters also forecast growth in demand for business analysts. In fact, in their Salary Survey for 2020, business analyst contractors in Victoria were to expect the second highest wages growth in the country – up 18 per cent to $100 per hour. Mark Monfort is an analytics expert whose career path has travelled through both business analytics and data science. Monfort started out as an accountant and auditor with PwC. From there he moved into business analytics at Commonwealth Bank where he prepared and analysed management reports. The focus of his analysis was to interpret and communicate the information from data scientists.

The International Institute of Business Analysis explains that the business analyst wears many hats, such as defining business cases, collecting information from stakeholders, or validating solutions. They are ‘information conduits’ between business and IT. It’s not unusual to find business analysts taking the output of data scientists and reporting – using it to tell a story that the broader business can understand.

Monfort wasn’t satisfied with being an information conduit. From his role as business analyst he delved deeper and deeper into the data. He took a data-first approach to his work and his career. Gradually he moved into roles where he built dashboards to convert data into information for business analysts like his former self.

The data scientist is part IT professional, part programmer and part experimental scientist. Microsoft defines the data scientist role as applying machine learning techniques to create models that solve business problems. It’s a role that requires not only an understanding of the problem, but also the ability to build a tool that can provide solutions to the problem.

Monfort is now applying data science in a consultancy that works with businesses to help them make better decisions. He’s also co-chairman of the Data Science and AI Association of Australia.

For your decision on studying business analytics vs. data science, it might help to remember that Monfort started out as a business analyst – not the other way around.

Key roles and value to management

When the management at men’s health movement Movember wanted to increase annual fundraising levels, they looked to their business analyst. With his business acumen and sophisticated analytical skills, Jeff Guthrie saw an opportunity. He recommended building on the charity organisation’s recent move to Oracle Eloqua marketing automation.

“We have already built in some personalisation via Eloqua with our email communications, so we wanted to do the same thing with our push notifications using the same customer data,” explained Guthrie.

Movember had used push notifications to mobile devices before, but on an ad-hoc basis, rather than integrated into the customer management platform. Guthrie led the change to integrate emails with a push via one of Oracle’s partner ecosystem. These systems easily exchanged data such as the fundraiser’s mobile device, operating system and whether they were using the Movember app.

Fundraisers around the world responded positively to the outcomes with 57,000 opting into push notifications and 90,000 opening promotional push notifications. But the number that really counts is donations – email revenue increased by 48 per cent.

Movember’s Guthrie embodied the key role of the business analyst, which is to be an agent of change. Digital transformation is a priority for many businesses and a reality that’s reluctantly accepted by the rest. Business analysts are increasingly being called on to research, advise and lead organisation wide upgrades.

With their skills in predictive modelling, business analysts are well placed to chart a safe course through technological change. They also have the ability to translate business needs to IT experts and communicate digital updates to a broad range of stakeholders.

For data scientists on the other hand, their key role is to use raw data to produce meaningful insights in their industry. Instead of leading digital transformation, data scientists are more likely to inform the change and then contribute to building the solution.

Depending on their role, a data scientist may identify the questions that need answers, build the algorithms that produce relevant information and then present it to management. In simple terms, a data scientist has been described as a data analyst with business nous.

For example, a data scientist at Movember might analyse the data provided by fundraisers in the Oracle system. From there, they could build and manage customer-centric algorithms that enhance push notifications and emails. Along the way, they would be communicating with Movember management about expectations, progress and outcomes. Do you have the mindset of a business analyst or a data scientist?

We all have individual characteristics, with varying levels of personality traits that can be helpful in our fields. The RIASEC score is a tool used to measure our tendency to be realistic, investigative, artistic, social, enterprising and conventional.

On the RIASEC scale, investigative people are thinkers and conventional people are organisers. Business analysts and data scientists both benefit from healthy amounts of these natural qualities. So, to separate these roles in terms of mindset, we need to go deeper.

To determine whether you have the mindset of a data scientist, do the maths. In fact, love the maths. Data science thrives on a love for mathematics, statistics and of course, data. You’ll also want to have a healthy relationship with your computer and technology. Together you’ll be pushing the boundaries of machine learning and artificial intelligence to solve the problems that matter.

The key to success in business analytics is to be able to think like customer support. The business analyst is a service provider with many colleagues, teams and stakeholders relying on them.

The service provided is information that enables others to make effective business decisions. That requires a good level of business acumen. While business sense is a skill that can be learned, it’s helpful to have a passion for the thrill of business success.

It’s fair to say that business analysts and data scientists have a knowledge overlap in the area of databases and programming or coding languages. The business analyst accompanies this with high levels of business savvy, while the data scientist pairs it with a deep understanding of IT, machine learning and AI. The right university courses for each career will support this asymmetry with skills and tools weighted in the right direction.

Most data science courses are focussed on coding, databases and analytics. Programming classes encourage students to develop proficiency in languages such as Python, R and SQL. Database units will develop skills in gathering, cleaning, enriching and mining data.

The analytics side of data science courses will give you the skills needed for managing and processing big data. You’ll work with high-level maths and statistics tools to build data models that identify trends and solve a variety of problems. Most importantly you’ll learn how to design data visualisations that effectively communicate the story behind the data to your stakeholders.

If you’re leaning more towards data science, you should take a look at RMIT Online’s Master of Data Science Strategy and Leadership. With a grounding in the basic skills of data science, this course will enable you to speak the language of data with the proficiency of leadership.

For pure business analytics, RMIT Online’s Graduate Certificate of Business Analytics has been built from the ground up to give you and your organisation a competitive advantage quicker. With a solid base in data science, this is the first qualification of its kind that offers a distinctly business approach to analytics.

With the Graduate Certificate of Business Analytics, you can choose from five electives to suit your career path and develop skills in the workforce, consumer and supply chain analytics. You’ll become proficient in predicting the needs and behaviours of employees and customers. And you’ll gain an understanding of the theories and practices of logistics systems to effectively communicate data-based solutions.

So, what’s the data telling you now? With more than 2.5 quintillion bytes of data being created in the world each year, being able to understand data puts leaders like you in demand. 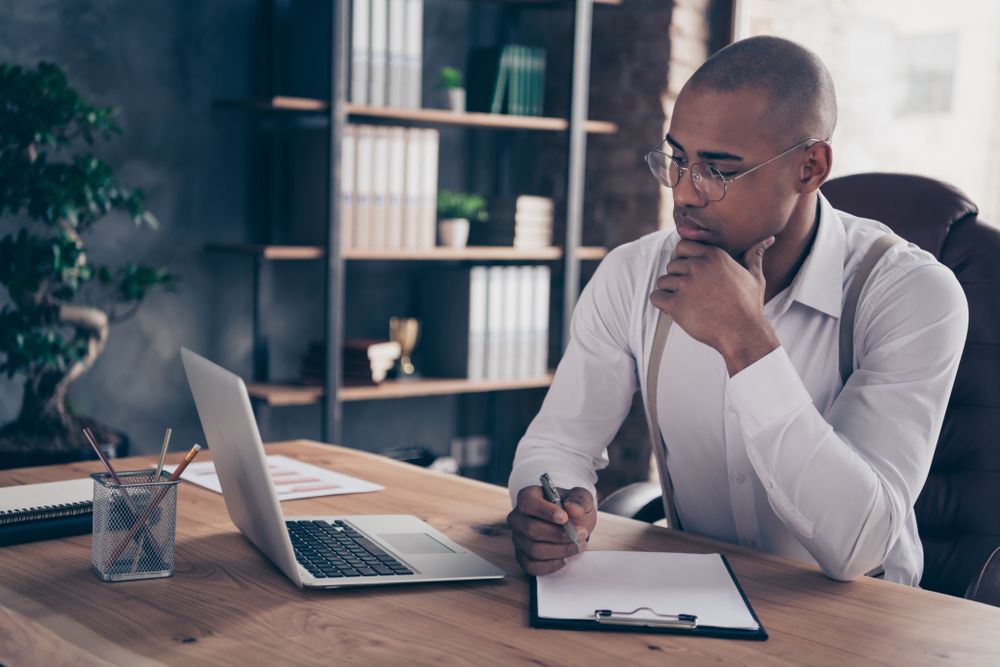 Business analytics vs data science: what you need to know before studying 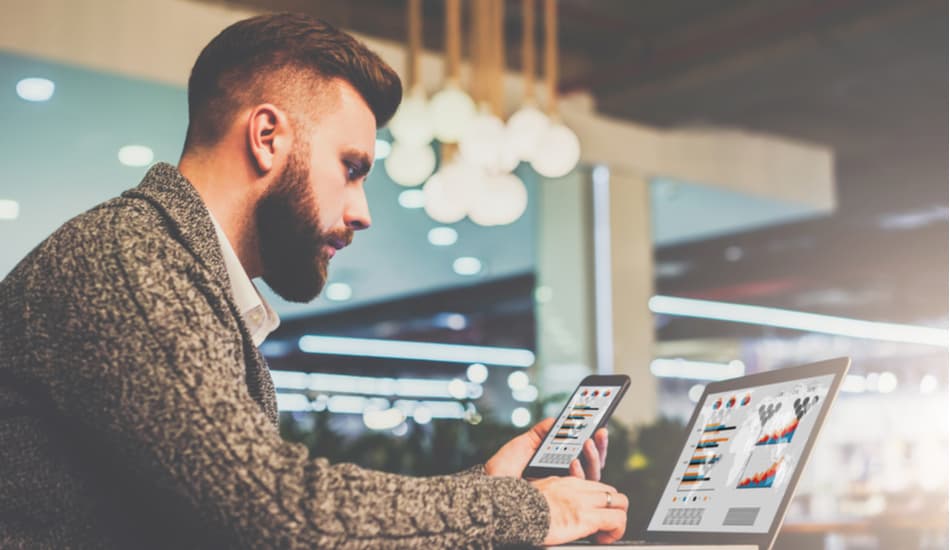 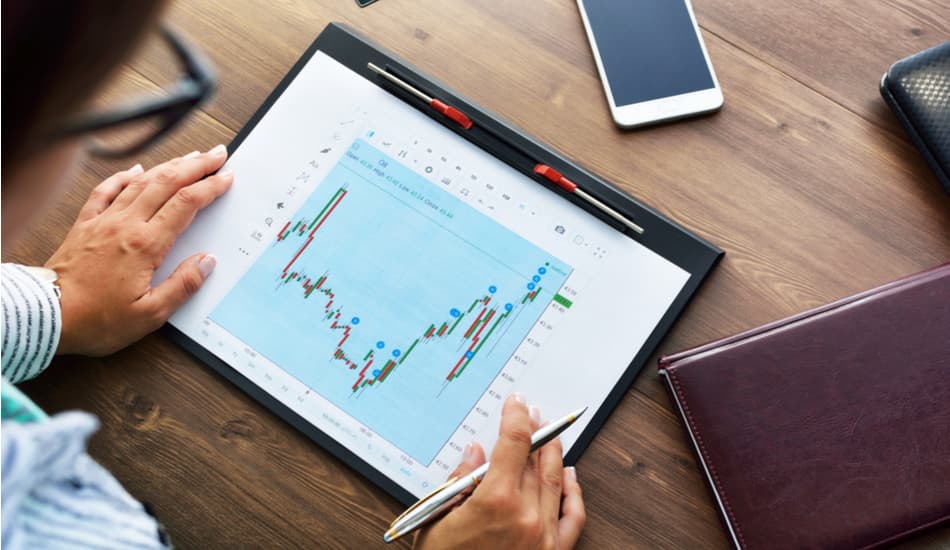 What does the future hold for data scientists?